Vancouver’s Wall at The Bay

I took a stroll down to the epicenter of the riots some silly folks in Vancouver decided to partake in after the Canucks lost game 7 of the Stanley Cup finals.

Vancouver reacted to this by showering effected shop owners with love and cleanup efforts that warmed many devastated heart, including writing slogans of hope to the city on plywood put up by the bay. I talked to a person along the street and they said that they had to put a second layer of plywood because it was full of names. I’m wondering if they’ll put these up somewhere for art or a sign of love?

I’d like to shout out to @thefalconer for founding the #thisIsMyVancouver hashtag on twitter, which soon turned into a local campaign for people to share what they loved about Vancouver.

This is what I found. 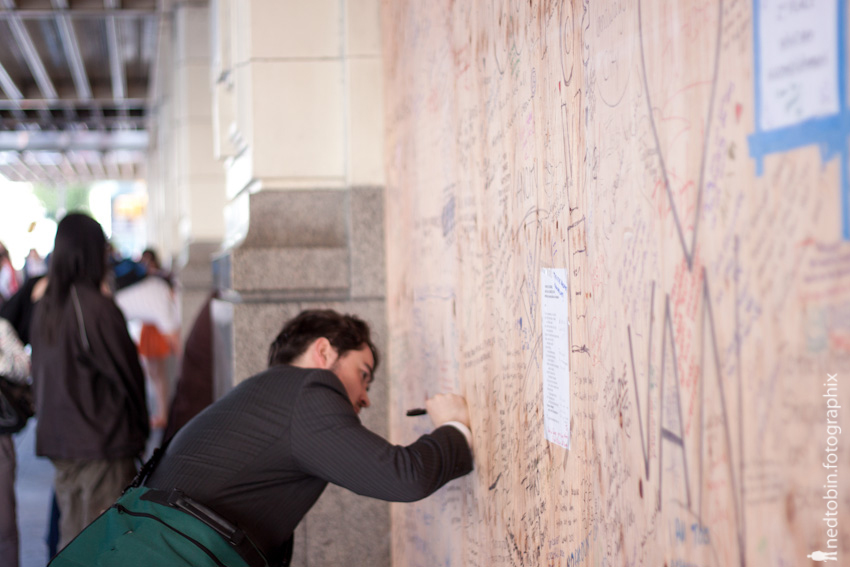 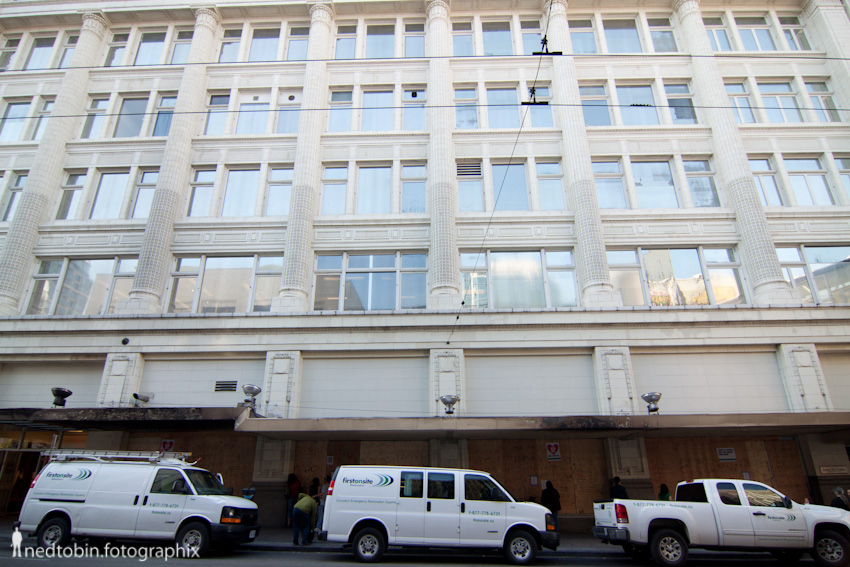 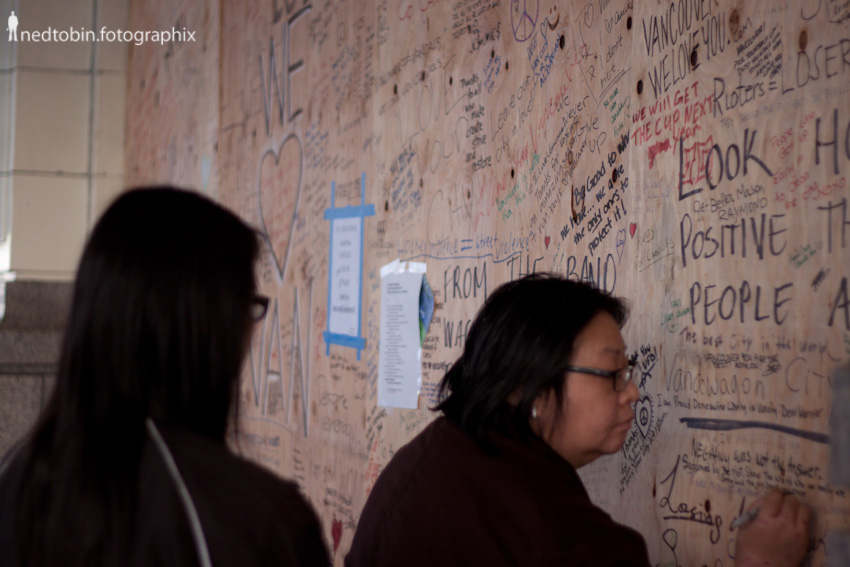 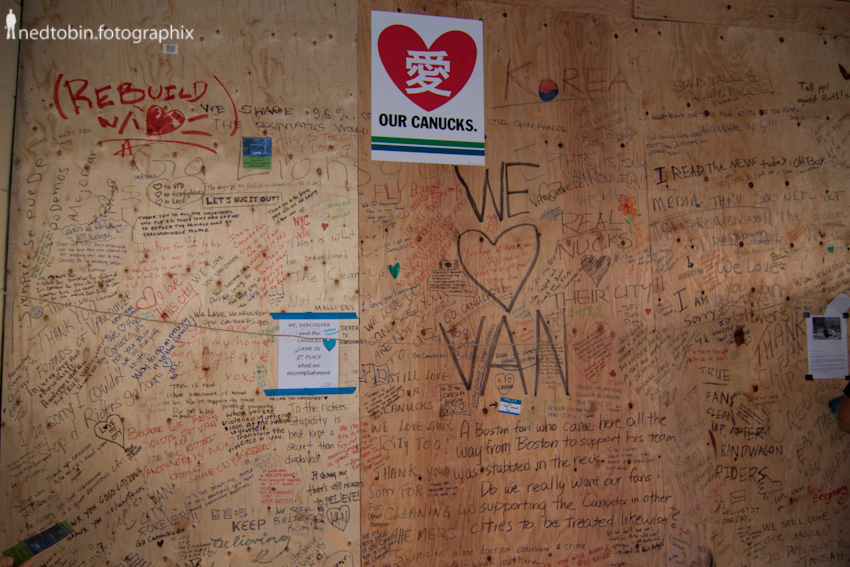 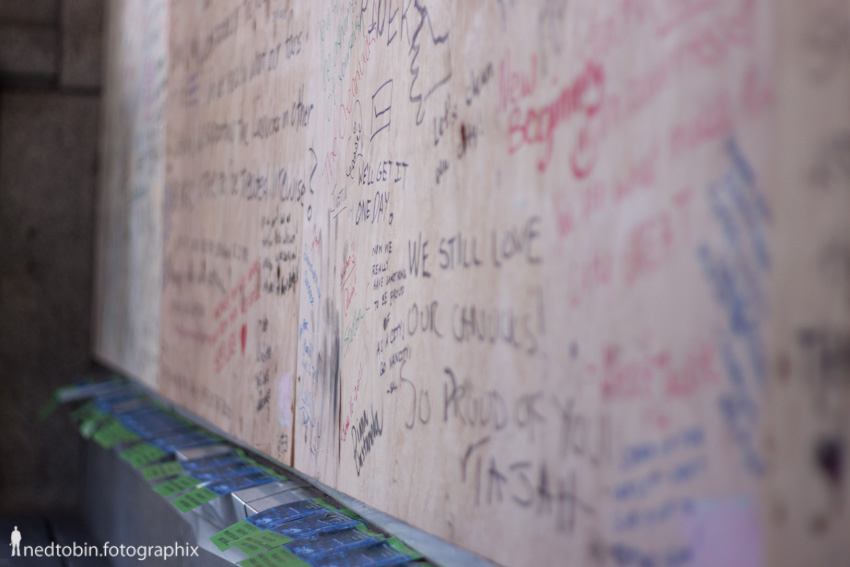 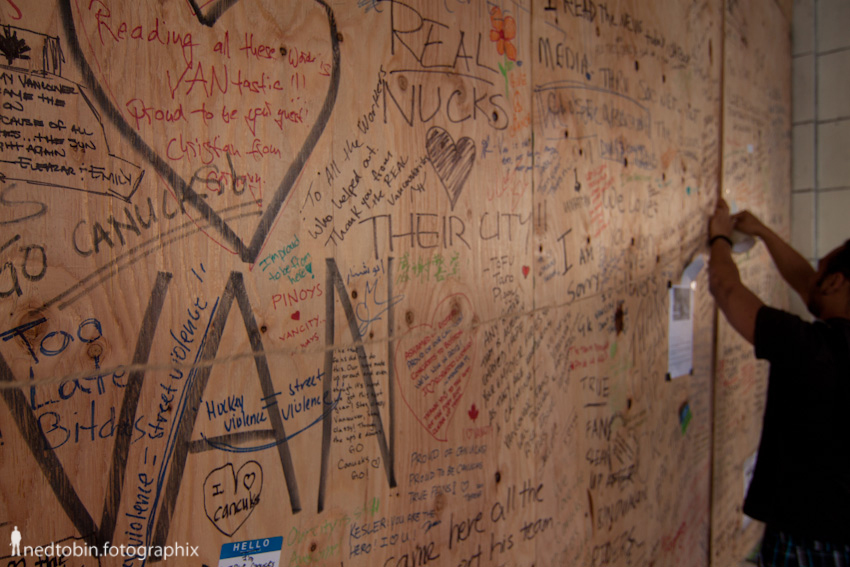 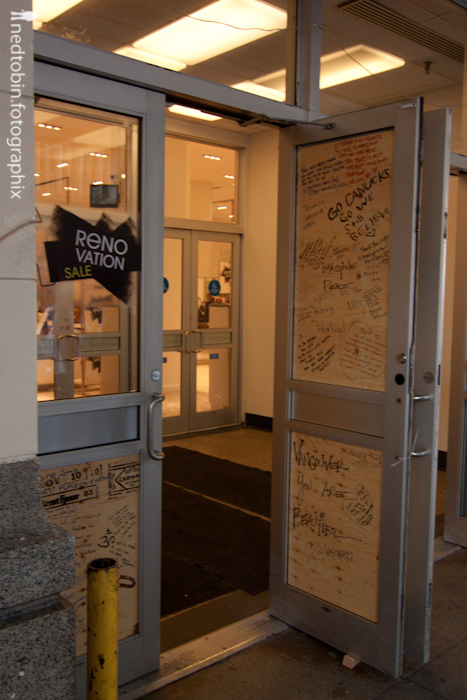 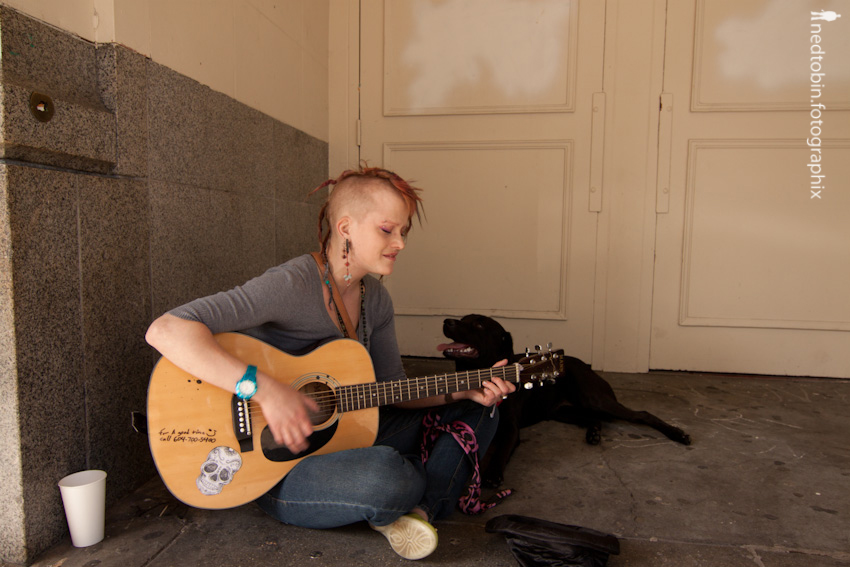 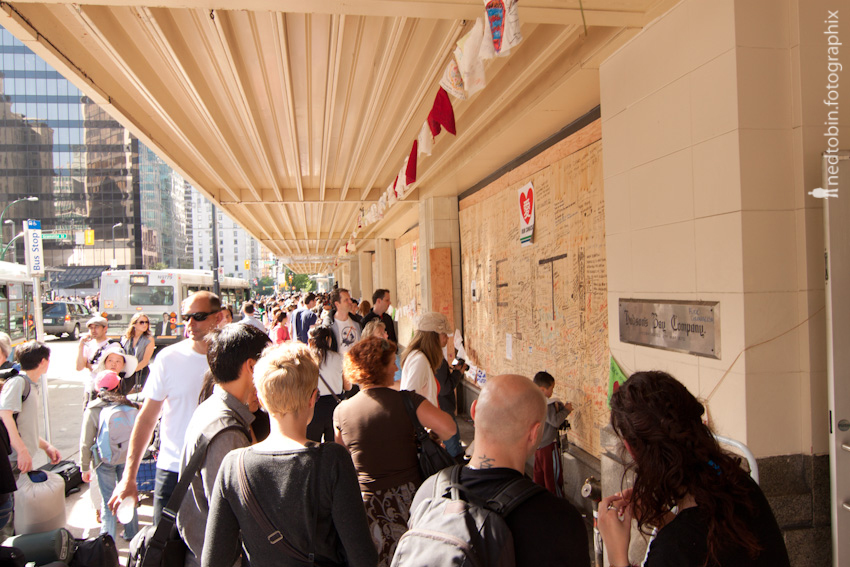 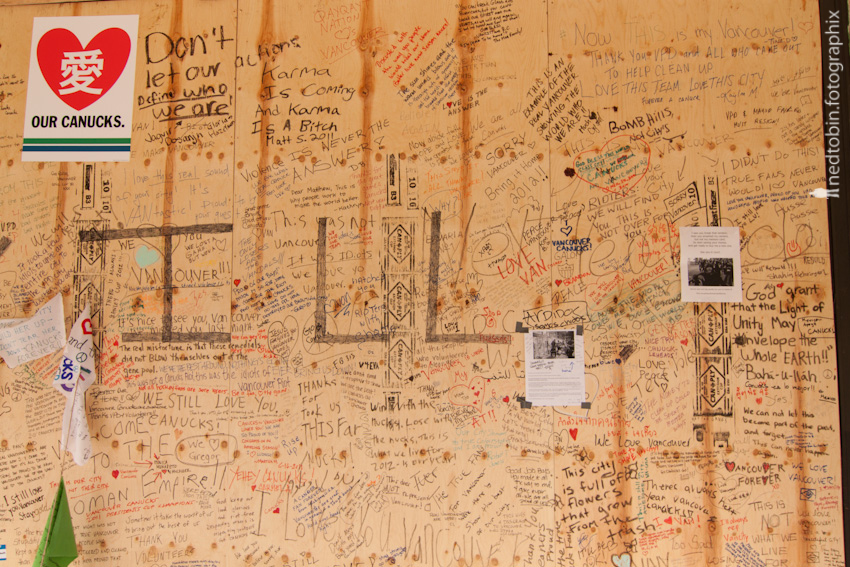 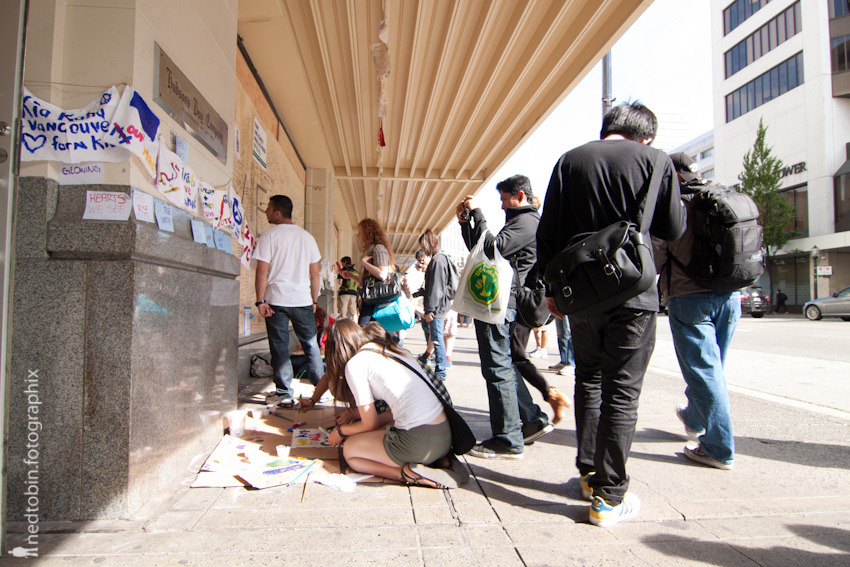 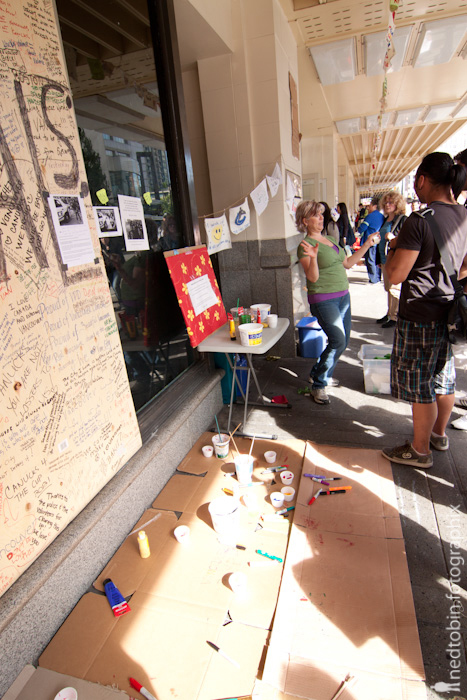 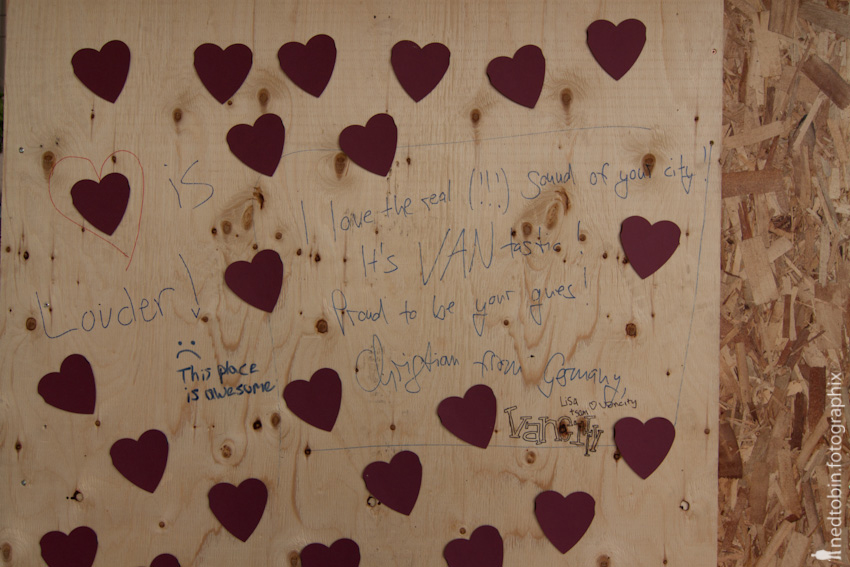 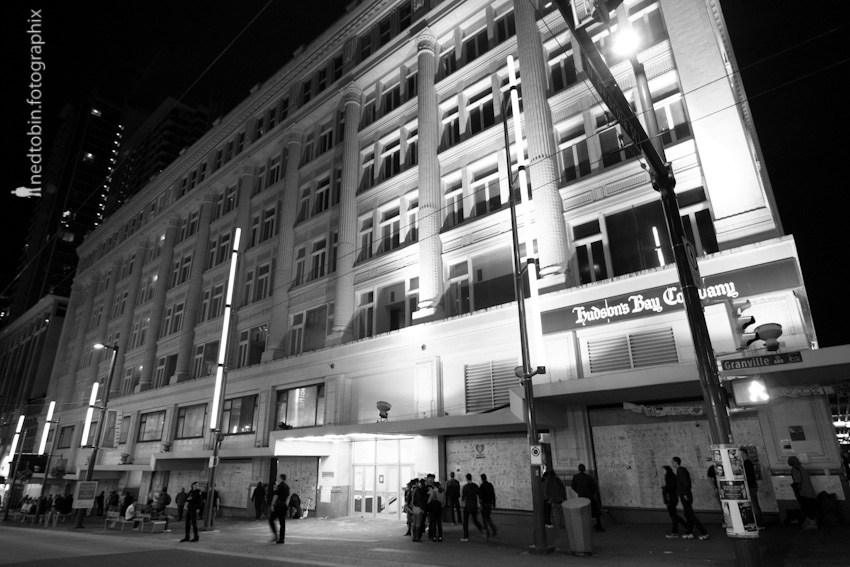